Rudi Krol is a former Dutch footballer and manager who was capped 83 times for his country. Throughout his career he has played with Ajax Amsterdam, Vancouver Whitecaps, SSC Napoli and AS Cannes. In his managerial career, he has been head coach of Egypt, and has been assistant manager of Holland (under Louis van Gaal) and Ajax (under Ronald Koeman). He has recently acted as interim manager of Ajax, after the resignation of Koeman. 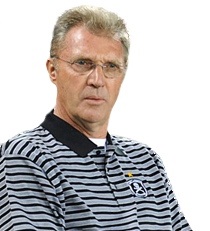 He began his career at Ajax Amsterdam under the legendary Rinus Michels. He played in the European Cup finals of 1972 and 1973 and stayed at Ajax until 1980. He moved to the NASL to play for the Vancouver Whitecaps, but stayed just one season. He then joined SSC Napoli where he played for the next four seasons. His last club before he retired from club football in 1986 was the French club AS Cannes. Internationally, Rudi made his Holland debut in 1969 against England, and earned 83 caps, retiring from international football in 1983. He was a crucial component in the Total Football side of the 1970's and excelled in the 1974 World Cup, in which Holland reached the final.

A legendary sportsman Rudi Krol offers audiences insights into his experiences as both a footballer and manager. He uses his extensive knowledge to demonstrate the importance of teamwork and leadership.

He presents in Dutch and English.

How to book Rudi Krol?