Steve Waugh captained the Australian Test cricket team from 1999 to 2004; he is the most capped Test player in history with 168 appearances. Besides being one of Australia's most admired Captains, Steve has an enviable reputation as an author, writer and commentator. His work for Channel Nine and articles for publications such as the London Sunday Times have helped build his status as one of the game's shrewdest observers, while the success of his six books has made him Australia's best-selling sports author.

"Steve Waugh was named Australian of the Year in 2004." 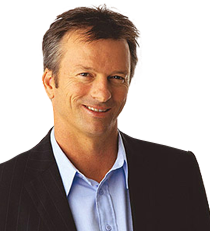 Steve Waugh's a veteran of more than 100 Test matches, scorer of more than 7000 Test runs and 19 Test centuries, taker of 89 Test wickets and holder of many of Australia's one-day cricket records. Steve led the Australian Test team to their world record number of 16 consecutive wins. His charity work, especially his patronage of the Udayan Children's home in Calcutta - India, Camp Quality and Cerebal Palsy Association in Australia, has given him a worthy reputation well beyond the realms of sport. He holds the unique record of having scored over 150 runs in one innings against each test playing nation at the time.

Steve Waugh, known amongst the public as "Iceman" for his ability to remain calm and cool in high-pressure situations throughout his career, offers insights into leadership, motivation including anecdotes from his time as captain of one of the best Australian Cricket sides ever. He was awarded the Australian Sports Medal in 2000 and in the Queen's Birthday Honours List of 2003, he was appointed an Officer of the Order of Australia (AO), "for service to cricket as a leading player, and to the community, particularly through the Udayan children's home".

Steve Waugh's time in cricket and after his career, come to life when he is in front of audiences at any event.

How to book Steve Waugh?