Non Executive Board Director of the FA

Heather Rabbatts is the first woman to serve on the FA Board. She also heads the FA's Inclusion Advisory Board and has been an active campaigner for equality and in particular race and gender equality. She continues to lead and advise organisations on growth, change and talent. 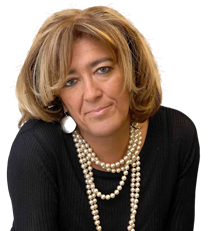 Heather has more than 20 years of executive and non-executive experience from public and private sectors and across a breadth of industries, including local government, media, financial services and football. She has been a former executive Deputy Chairman of Millwall FC and a former Governor of the London School of Economics. Other previous positions held: Governor of the British Broadcasting Corporation, non-executive Director of the Bank of England, Managing Director of the education division for Channel 4 Television, Chief Executive of Impower, Chief Executive of the London Boroughs of Lambeth and Merton. As Head of Education at Channel 4 she commissioned programmes and projects and introduced a range of talent development initiatives. Currently she is the Managing Director of Smuggler Entertainment London.

Described as one of Britain's most influential women, Heather draws on her extensive experiences to show that through hard work and determination you can achieve your ambitions. Heather Rabbatts' outstanding leadership skills have been widely reported in the national press, and are testimony to her clear sense of vision and ability to effect real change within large organisations. She is also speaks on increasing workplace diversity.

Heather is a vibrant, energetic and enthusiastic speaker who is in great demand at events across the globe.

How to book Dame Heather Rabbatts?