Scott Quinnell is a former Welsh international rugby player. He has played rugby at the highest level representing both Wales and the British & Irish Lions. Scott currently works on T.V. for Sky Sports and occasionally for ITV as a rugby pundit. 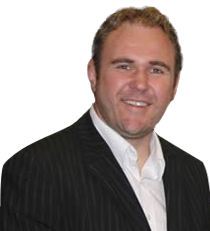 Scott has represented his country at Rugby Union on 52 occasions, scoring 12 tries. He toured with the British Lions twice, scoring 5 tries and has also represented the Barbarians. After a magnificent six year return to the game, injury forced Scott to hang up his boots in 2005. He took up coaching, firstly with the U21s and later with Llanelli RFC culminating in a memorable win in the Konica Cup in 2004. He is an active patron for Morriston Burns Unit for Children and the Make a Wish Foundation. He is also active in the Wooden Spoon Trust as well as being an Ambassador for the Prince's Trust. He has appeared on A Question of Sport on the BBC and is currently fronting two programmes for Sky Television, Scott's Crossbar Challenge and The School of Hard Knocks.

Scott was born dyslexic, but was not diagnosed until his early 30's. Having undertaken a series of therapies to resolve the condition, he is now a popular speaker on the matter. With his rugby and life experience combined, he makes a fantastic and moving speaker.

Scott captivates his audiences with his very inspirational stories. His speeches are full of encouragement and hope and inspire people never to give up and to pursue continuous lifelong learning.

How to book Scott Quinnell?