One of the UK's Most Respected BBC TV & Radio Broadcasters

John Inverdale is one of the UK's most well known TV presenters and radio broadcasters. During his career, he has presented coverage of many major sporting events including the Olympic Games, Wimbledon, the Grand National and the FIFA World Cup. He is the main TV presenter of Today at Wimbledon and has hosted television coverage of sports programmes including Rugby Special and Grandstand. Since 2012 he also presents ITV's coverage of the French Open on Roland Garros.

"A popular and respected sports presenter" 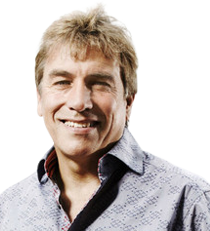 Educated at Clifton College, Southampton University and UWIC, John began his career at the Lincolnshire Echo, and then joined BBC Radio. He began working on the BBC's national radio stations, firstly on Radio 2's sports unit, then at Radio 5, where he presented the flagship Sport On 5. In 1994, he became one of the main regular presenters on the relaunched Radio Five Live. He presented the drivetime show John Inverdale Nationwide, for which he was named Sony Broadcaster of the Year in 1997. At Five Live, he hosted the topical show, Any Sporting Questions. In October 2012, he filmed several episodes of the Channel 4 show Countdown.

John Inverdale's extensive radio and TV experience make him an outstanding public speaker, having worked with some of the biggest names in broadcasting and sport. He is also an excellent after dinner speaker and a truly accomplished event host and facilitator. John appeals to a wide variety of audiences, from large corporate conferences to awards and dinners.

A wonderfully relaxed and dry-humoured presenter, John judges his audiences well, is funny with some great anecdotes, and has the ability to keep everyone's attention brilliantly.

How to book John Inverdale?