For fourteen years Roger Black represented Great Britain at the highest level in the world of athletics, both as an individual 400 metres runner and as a member of the 4x400 metres relay team. Roger is now a television presenter and an accomplished motivational speaker and conference host.

"One of Britain's greatest international athletes" 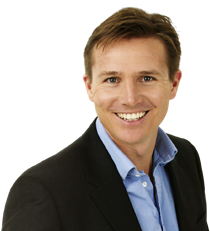 Roger won 15 major Championship medals, including European, Commonwealth and World Championship Gold medals, but his greatest achievement was winning the Olympic 400 metres Silver medal in 1996. Roger was awarded the MBE in 1992 for his services to British sport. Apart from his career in athletics he is also an extremely popular figure amongst the media where his talents as a presenter were first established in 1991, when he was asked to work for BBC Sport. Since then, he has appeared on numerous television shows and has presented a number of live sporting events for the BBC and continues his role as 2012 Ambassador for Scottish Widows across the UK.

By combining his close understanding of motivation and self-development with his personal experiences both on and off the track he consistently inspires, motivates and entertains audiences.

Thought-provoking and highly entertaining Roger's tailored presentations are filled with anecdotes from his career backed up with video footage from his medal winning performances.

How to book Roger Black MBE?