Robert Mundell has been Professor of Economics at Columbia University, New York since 1974. A highly awarded international economist he received the Nobel Prize in Economics in 1999 for his analysis of monetary and fiscal policy under different exchange rate systems and his analysis of optimum currency areas. His insights into the international monetary system, currency issues and the world economy at large, provide a subtle foundation for strategic decision makers in the financial world.

"Thought leader and the father of the theory of optimum currency areas." 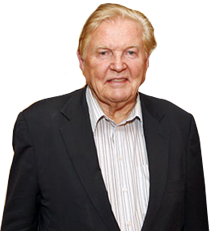 Before receiving the Nobel Prize in Economics in 1999, Robert Mundell received a Guggenheim Prize in 1971, the Jacques Rueff Medal and Prize in 1983, the Docteur Honoris Causa from the University of Paris in 1992, an Honorary Professorship at Renmin University in China in 1995 and the Distinguished Fellow Award from the American Economic Association in 1997. In 2006 he was made Doctor Honoris Causa in the Political Economy of Markets at the University of Bologna.

Robert has been adviser to a number of international agencies and organisations, including the UN, the IMF, the World Bank, The European Commission and several governments in Latin America and Europe, the Federal Reserve Board, the US Treasury and the Government of Canada.

How to book Prof. Robert A. Mundell?