Raphaël Ibañez is a former captain of Rugby in France, winning 98 caps in his distinguished career. He made his debut in 1996 and went on to win 72 caps for his country, including 27 as captain, before his first retirement from international rugby in 2003. A combative, brilliant hooker, his guts and glory attitude helped to typify France's success in the early years of the Six Nations. He won successive Grand Slams with France in 1997 and 1998 and led them to the World Cup Final in 1999. He also works as part of the London Wasps Academy coaching team. 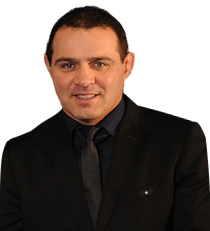 Raphaël Ibañez began his playing career in his home town of Dax before moving to Perpignan and Castres. He was heavily responsible for London Wasps' win in the 2007 Heineken Cup final at Twickenham in front of a crowd of over 81,000. He retired from international rugby after the 2003 World Cup, but French coach Bernard Laporte made it one of his priorities to bring him back into the fold. He added 26 more France Test caps, 15 of them as captain, before announcing his second and final international retirement in 2008. Following his displays on the European and domestic stage, Raf received the nod to captain France throughout the World Cup - an honour of the highest order leading allowing him to lead his side out in front of the home fans in France, the 2007 RWC host nation.

An outstanding, world class former rugby player who gained the title of the most capped hooker in the world (with 98 caps), Raphaël Ibañez is one of the most highly-regarded players in the professional game and very busy as a regular BBC pundit and on the guest speaking circuit, cultivating widespread interest in rugby at every level.

A regular guest in the BBC 6 Nations studio, Raphaël Ibañez is a likeable and knowledgeable speaker. Given his strong, intellectual and highly personable nature Raf has been a strong figure in the media. A great communicator and ambassador for the sport, he is an international legend with great charisma and genuine warmth.

How to book Raphael Ibañez?