Ranulph Fiennes has led over twenty expeditions to remote parts of the world. He is the first man to cross both the polar ice-caps and climb to the world's highest peak. In 2003, he undertook the ultimate endurance test completing 7 marathons in 7 days, in 7 different countries, 4 months after suffering a heart attack. 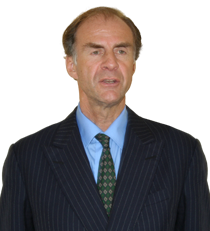 In 2009 he reached the summit of Mount Everest and in 2007 he successfully climbed the North Face of the Eiger. His expeditions have raised vast sums for charity, so not surprisingly he has been awarded an OBE for human endeavour and charitable services and in 2007 he was awarded The Greatest Britons 2007 Sport Award. In 1993, he and Dr. Mike Stroud completed the first entirely unassisted polar journey across the Antarctic Continent, the longest polar journey in history. He has and continues to truly live up to his family motto 'Look for a brave spirit'.

An innate planner, he illustrates what it takes to achieve outstanding goals. Not the solitary achiever that you might think he is, his experiences reinforce the power of determination. The world's most celebrated contemporary adventurer and explorer, he is a man of astonishing force who has been voted one of the world's top ten speakers.

His breathtaking story is brought to you in the most modest and subtly humorous way. He is a rare talent on all fronts.