Peter Shilton OBE is England's most capped international footballer with 125 caps and is a legend in football. Peter is now in demand as a motivational speaker. His recent TV appearances have included Strictly Come Dancing, All Star Mr & Mrs, Cash In The Celebrity Attic, and a World Cup Special edition of 8 out of 10 Cats. He featured in Let's Dance for Sport Relief earlier this year, dancing to Men in Black alongside Jason Cundy.

In a playing career spanning eleven clubs, thirty-one years and over 1000 games Shilton was impeccable. 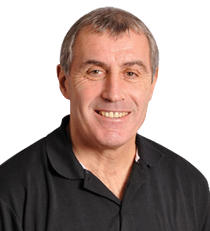 One of the greatest goalkeepers to play in this country, his 25 clean sheets in one season at Nottingham Forest, and 67 throughout a lengthy international career are landmarks in the modern game. At age 40 he was still playing with Derby County in the First Division and represented England at Italia '90. As a goalkeeper Peter played for leading clubs in the old First Division (now Premier League) where he kept goal for Leicester City, Stoke City, Nottingham Forest and Southampton. After finishing his full-time playing career he became player manager at Plymouth Argyle.

Peter is an established figure on the corporate speaking circuit where he regularly recounts stories from his career covering topics such as motivation and teamwork.

An experienced speaker and broadcaster, Peter's relaxed presentation style make him highly sought-after at events across the country.

How to book Peter Shilton OBE?