Peter Schmeichel, MBE is probably best remembered for his most successful years at English club Manchester United, whom he captained to the 1999 UEFA Champions League to complete The Treble. He was a key member of the Denmark national football team that won Euro 92. 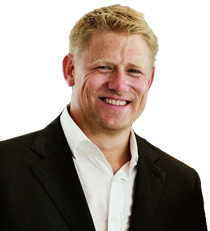 During his career, Schmeichel scored 11 goals, including one for the Danish national team, a great feat for a keeper. Peter Schmeichel is the most capped player for the Denmark national team, with 129 games between 1987 and 2001. Apart from Euro 92, he played for his country at the 1998 FIFA World Cup and three additional European Championship tournaments, captaining the national team in 30 matches. In 2007 he became the host in a new quiz, on TV3 named 1 mod 100. In 2008, he became the host of the European version of Dirty Jobs on the Discovery Channel. He is also a presenter for TV3 Denmark's coverage of UEFA Champions League football. He famously competed in Strictly Come Dancing 2006.

Famous for his intimidating physique (he is 1.93 m = 6 ft 4 in. tall), Peter Schmeichel is widely regarded as one of the greatest goalkeepers in the history of football. An instantly recognisable character throughout the world, he still works occasionally as a pundit for the BBC. In his fascinating talks, which range from the start of his professional career at Brondby IF to how he fulfilled his childhood dream by becoming Manchester United's goalkeeper, he elaborates on his greatest achievements throughout his football career.

Peter Schmeichel's presence adds prestige to any event. Never afraid to mince his words, he has a style and charm that is truly unique.

He presents in Danish & English.

How to book Peter Schmeichel MBE?