Peter Reed is one of the most naturally gifted oarsmen of our generation. At the beginning of 2012, having won the GB trials for his 7th consecutive year, Pete moved back in to Coxless Four to form the strongest 'flagship' GB boat ahead of London 2012 Olympics. Pete went on to successfully guide the four to victory and earn himself a second consecutive Olympic Gold medal. He is a Lieutenant in the Royal Navy and a great ambassador for the service.

"Peter Reed is an exceptional ambassador for rowing" 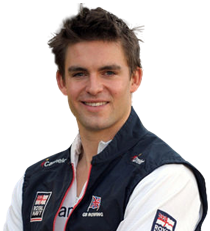 With a world's largest recorded lung capacity of 11.68 litres, Pete's natural physiology is ideal for rowing. He raced into the British under-23 team after two years and then into the University of Oxford crew, gaining two Blues. In 2005, Pete won the GB Rowing Team's senior final selection trials, a title that he has defended every year since. After gaining selection into the Senior Men's top crew, the coxless four, Pete won his first World Championship gold before finishing his fourth year of rowing. With two world titles secured, a new look 2008 Olympic coxless four was formed.

Pete Reed offers insights as to how he has been able to put together an unbeaten run of 27 international races and become Olympic Champion in the coxless fours. He speaks about his Olympic dreams, training regimes, motivation and international racing experiences.

Pete Reed is a natural communicator with a dynamic yet informal style. He provides an insight into the preparations of an elite sportsman.

How to book Lieutenant Peter Reed?