Nicola Adams OBE is Great Britain's most successful female boxer of all time. At the London 2012 Olympic Games she became an icon after winning her country's first ever female boxing Gold medal, a feat she repeated in 2016 in Rio de Janeiro to become the first British boxer to successfully defend their Olympic title for 92 years.

"Nicola is a true champion in every sense of the word" 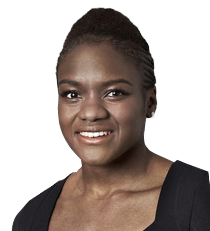 Between Olympic victories, Nicola became Commonwealth and European Champion and was crowned World Champion in May 2016 to secure a grand slam of titles. Having won every title open to her in amateur boxing, she has since turned professional and has a current record of three wins and no defeats. In recognition of her services to boxing and unprecedented achievements, Nicola was appointed MBE in 2013 and OBE in 2016. In 2015, she became an Ambassador of Fight for Peace, since taking up the role, she has championed Fight for Peace's work around the world, inspiring young women in particular to take up combat sports, attending training sessions and holding a number of events in the UK and Brazil together with our young people.

Nicola Adams is a trendsetter who isn't afraid of the opinions of others; her strong will, determination and motivation to succeed is admirable and only heightens her suitability as a Sports Speaker, especially proving popular at after dinner events.

An exceptional Speaker who's bubbly personality is able to captivate the audience with her broad smile and exceptional sporting story. She has become one of the most desirable after dinner speakers due to her success at the games.

How to book Nicola Adams OBE?