Martha Lane Fox, a leading entrepreneur and champion of digital inclusion, is well-known as the co-founder of Lastminute.com. She is currently founder and executive chair of Doteveryone.org.uk, a charity fighting for a fairer internet. Martha is also non-executive director of Twitter and a crossbench peer in the House of Lords. 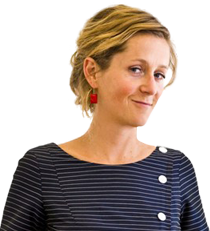 In 1998 Martha co-founded Europe's largest travel and leisure website lastminute.com with Brent Hoberman and sold it in 2005 for £577 million. From 2009 to 2013 she was the UK's Digital Champion and helped to create the Government Digital Service. She still chairs Go On UK which aims to bring the benefits of the internet to every individual and organisation across the UK. Martha Lane Fox was awarded a CBE in 2013 and at the age of 40 she was appointed the youngest female crossbench peer in the House of Lords. Since 2014 she is Chancellor of the Open University and in April 2016 she was appointed non-executive Director for Twitter. She is a member of the Joint Committee on National Security Strategy since 2017.

In her presentations, Martha explains what it takes to become a successful digital entrepreneur and the ways in which she focuses on delivering service and value to customers. Martha remains a role model for entrepreneurs - not just in business, but also in her dealings in wider society.

With a charismatic and engaging personality combined with her inimitable style of management, Martha's presentations are highly enjoyable and always informative.

How to book Baroness Lane Fox?