Leon Taylor is regarded as one of the world's top platform divers whose career lasted more than 20 years and his successes brought diving to the attention of the British public. Leon was signed up by the BBC for their coverage of the 2008 Games, commentating on the diving events and as a reporter and pundit for the general Olympic coverage. Following Beijing, Leon is continuing his support of British diving through his role as 'Athlete mentor'. His invention of "the world's most difficult dive" - backward 2.5 somersaults with 2.5 twists in the piked position is a legacy that will live long after his competitive days are over.

"He is acknowledged within the sport for pushing the boundaries of what's possible." 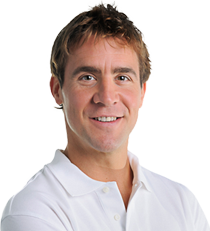 Leon won a silver medal at the 2002 Commonwealth Games in Manchester and then in the Athens Olympics of 2004, he fulfilled a life-time ambition with his diving partner, when they secured Britain's first medal in the sport for 44 years and the first silver medal in 84 years. The pair, who first dived together 14 years ago, followed this up the following year at the 2005 World Championships with a bronze medal. Since then Leon faced his hardest competition against a succession of injuries. His role of honour is matched in length by a catalogue of injuries that finally forced the 30-year-old into retirement less than three months out from realising another Olympic dream in Beijing.

Leon has an infectious passion and enthusiasm for the lessons he learnt during his sporting career. Achieving success at the highest level in such a physically and mentally demanding sport has provided Leon with enough challenges, interesting insights and stories to truly bring his inspirational message to life.

Leon is a popular and amicable speaker with a relaxed yet confident presenting style. He uses a great mix of anecdotes and humorous stories to entertain, inspire, and motivate audiences around the world.

How to book Leon Taylor?