Karen is a Commonwealth and World Record swimmer. She represented Britain at a senior level for 20 years during which time she won more major championship medals for Britain than any other female swimmer and won the most Commonwealth medals for England of any female athlete in any sport. She was also the first British female swimmer to win a World Championship title when she took gold in the 200m freestyle.

"Karen's achievements are quite remarkable" 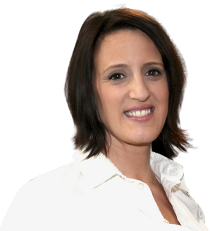 Karen's career has been an eventful one. As well as an amazing medal haul she has twice held a World Record, she competed at four consecutive Olympic Games, which few athletes in any sport have done and in 1994 she was awarded an MBE for services to swimming. Since her retirement from international swimming in 2005, Karen has become regular member of the BBC 5 Live & Channel 4 commentary teams covering swimming (able bodied & disability), diving & open water swimming. She is Chair of the British Athletes Commission and on the executive boards of the English Institute of Sport & the BOA-Athletes Commission. Karen launched her own charity, The Karen Pickering SWIM Foundation, to run alongside her swim schools to help those who might otherwise be unable to afford to have lessons.

Drawing on a vast career, Karen is able to deliver messages drawing parallels between the sporting and business worlds. She understands the importance of a balance between individual and team performance and is able to adapt presentations to suit client's needs.

A humorous, poignant and inspirational speaker, Karen's views will motivate and inspire any audience. Karen is also very much in demand as a motivational and after dinner speaker and is a popular choice for hosting events.

How to book Karen Pickering MBE?