Jordan Casey became known publicly; when in February 2012 he became one of Europe's youngest iOS app developers by releasing a mobile game onto the iTunes store. The game called Alien Ball Vs Humans subsequently went to the number 1 on the iTunes charts.

"Start listening to the innovators of tomorrow" 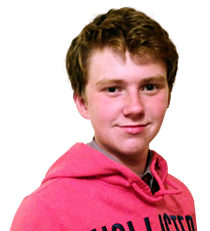 Jordan began programming at the age of 9 years through watching YouTube videos, internet and reading books on programming. In 2012, Jordan founded 2 companies, Casey Games, a mobile games company along with TeachWare, an application for teachers to easily manage all of their student's information in the cloud. It won 2 business awards and was nominated for a BAFTA. He announced his application Eventzy at the Web summit in Dublin in October 2014. Jordan is an Advisory member for Mind Candy - The Company behind the hugely successful Moshi Monsters. Jordon has also worked with the European Commission on a few projects encouraging youth entrepreneurship. He is currently working on a project called KidsCode which is an online application that inspires children to program with their friends, as well as a social network called Jump.

Jordan is a speaker and advisor on various forums in Ireland and the EU on youth technology and youth entrepreneurship. Jordan offers audiences an insight into the secrets of his success and shares his experiences on becoming an entrepreneur especially at such an early age.

Jordan Casey is an enthusiastic speaker, full of energy and positivity who inspires and motivates audiences around the globe offering an added-value experience to each event.

How to book Jordan Casey?