Dan Hunt was previously Sports Director for Team Sky, Race Coach for SKY Pro-Cycling Team and formerly Great Britain's National Endurance Coach for the Track. Dan joined GB Snowsport from the Premier League where he was Head of Elite Performance. He led the performance strategy for GB Snowsport across all disciplines.

"A key player in British sport" 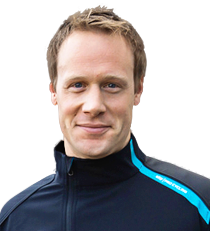 Dan was one of the masterminds behind the massively successful Team Sky cycling team and went on to work his magic with the Premier League attempting to increase the success of home-grown British football players. Dan has overseen the most successful period in British cycling, coinciding with the London 2012 Olympic Games and the successful back-to-back Tour de France victories. A phenomenally smart individual with a diverse understanding of the sporting world, Dan applied his skills and knowledge acquired over many years of success into the world of British Snowsports.

His presentations draw parallels between the mind-set, values and philosophies, determination and leadership necessary to win in elite sport or business. Relishing his role with SKY Team, Dan believed he succeeded in the two distinct aims using enthusiasm, leadership, vision, and shared British Cycling values and philosophies. These were achieved by winning the Tour de France with British rider Bradley Wiggins and by becoming the best sports team in the world.

A relaxed and highly effective communicator, Dan expertly illustrates his winning message in a clear and concise style.

How to book Dan Hunt?