Former Director of Communications and Strategy for Tony Blair

Alastair Campbell is a writer, communicator and strategist best known for his role as former British Prime Minister Tony Blair's spokesman, press secretary and director of communications and strategy. He now splits his time between writing, speaking, fundraising, politics and campaigns. 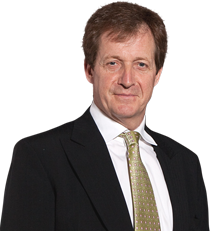 After writing for Forum magazine Alastair joined the Mirror Group, where he became the Mirror's chief political economist. He then worked as news editor for the Today newspaper. When Tony Blair became leader of the Labour Party he asked Alastair to become his press secretary. For three years, he played a key role helping to create New Labour and return the Party to power. After the 1997 election he became the Prime Minister's Chief Press Secretary and Official Spokesman during Labour's first term. After helping New Labour win a second landslide election victory, he became Director of Communications and Strategy until 2003.

Drawing on his experience of ten years alongside Tony Blair, and his considerable understanding of the modern media, he specialises in strategy, making change, dealing with the media and crisis management - often at the same time.

He is an engaging and innovative speaker able to apply his insights and experience to the work of others with wit and passion.

How to book Alastair Campbell?