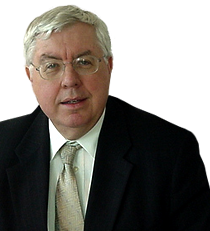 John C. Kornblum has enjoyed a distinguished career in the United States Foreign Service which began in 1964. As a junior officer he served in Hamburg and Washington before being assigned to Bonn as Political Officer in 1969. He held a number of policy related positions at the State Department and he served as US Minister and Deputy Commandant upon his return to Berlin in 1985. He was chosen to be the US Deputy Permanent Representative to NATO in Brussels and was US Ambassador to the Conference on Security and Cooperation in Europe (CSCE), and chief of the American delegation to the 1992 Helsinki Review Conference. He was appointed Senior Deputy Assistant Secretary of State for European and Canadian affairs in 1994 and Assistant Secretary in 1996.

With over three decades of experience John is recognised as one of the US State Department's leading European specialists, and has an extensive background in the workings of European affairs. He uses his knowledge to show how the United States can strengthen relations with EU partners and achieve common goals. He was one of the architects of the Dayton Peace Agreement and played a central role in conceiving the Administration's strategy for a new security structure in Europe.

Well known for his incisive wit, John entertains and mesmerizes audiences with his humorous presentations making him one of the most sought after speakers currently available to talk in depth on the complexities of transatlantic relations.

How to book John Kornblum?