Joanna Lumley is an English actress, best known for her role as the eternally-inebriated, fashion-obsessed Patsy in the award-winning Absolutely Fabulous which brought her renewed fame, with the series going on to prove itself one of the classic British sitcoms. She is a passionate campaigner for the Gurkhas. 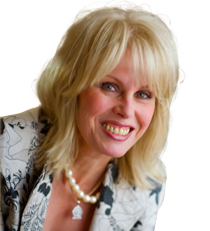 Born in Kashmir, India, Joanna Lumley's glittering career spans stage, television and film, with her big break as a Bond girl in 1969. She has been a regular on our screens ever since and proved her acting credentials in roles such as Purdey in the New Avengers and films roles in The Pink Panther and Shirley Valentine. In 1995 she was awarded an OBE. In recent years, Joanna has worked extensively with ITV, and in 2010 she was executive producer and presenter of Joanna Lumley's Nile. Joanna travelled again for ITV in 2011, this time visiting Greece for a four part series titled Joanna Lumley's Greek Odyssey and again in 2012 in search of Noah's Ark.

Joanna Lumley offers a wide variety of insights from her career that has taken her from the ranks of model, Bond girl, and the ever popular Patsy Stone to her present day social icon status. Films, television shows, books, voiceovers, celebrity appearances and endless charitable causes have led for a very busy and influential career for Joanna Lumley, which she happily shares with anecdotes, stories and lessons in her fascinating talks.

Joanna Lumley is an influential and inspiring speaker. She is highly entertaining and has great presence. Her outstanding ability to perform combined with her incredible charisma leave a lasting and powerful impression at any event.

How to book Joanna Lumley OBE?