James Cracknell OBE is a rowing legend. Since retiring James has undertaken many challenging adventures, including the 2010 Marathon des Sables from LA to New York, which is when he had his near fatal cycling accident. During the long recovery period James showed his determination and motivation to successfully overcome this obstacle. 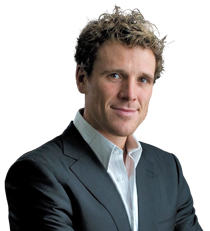 In 2009 James took part in his epic adventure, a race to the South Pole. James' team QinetiQ is one of six teams who have taken part in the historic race, which was the first race to the South Pole for almost 100 years. In 2006 he participated in an emotional BBC documentary series in which he came second in the pairs division of the Atlantic Rowing Race in Spirit of EDF Energy, partnered by TV presenter Ben Fogle. James began rowing whilst attending Kingston Grammar School and rowed at the Junior World Championships in 1989 and 1990. In 1997, he won a seat in the men's coxless fours, with Sir Steven Redgrave, Sir Matthew Pinsent CBE and Tim Foster MBE. James won the rowing World Championships in 1997, 1998 and 1999 and then the gold medal at the 2000 Sydney Olympics and finally gold at the 2004 Athens games.

A brilliant host and after dinner speaker, James' story is an inspiring one which focuses on the issues of personal commitment and motivation, goal setting and the power of strong teamwork. He is tireless in his attempts to undertake the biggest physical challenges on the planet - and has almost died in the process. His outstanding sporting achievements, intelligence and good sense of humour have made him a popular choice of corporate speaker.

One of Britain's true sporting heroes, James puts special emphasis on teamwork, motivation and communication. His descriptions of the dynamics of teamwork in a rowing crew are outstanding and mirror those that businesses aspire to achieve. He has the uncanny ability to tailor his experiences to captivate and motivate a variety of audiences.

How to book James Cracknell OBE?