Paolo Scaroni, former CEO of Eni SpA and current VP of Rothchild Investment Bank, has recently been appointed as the new Chairman of AC Milan, heralding the "dawn of a new era". He is taking over at a critical moment in the club's storied history and is eager to return AC Milan to its former glory. 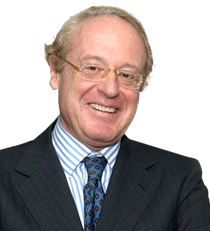 Scaroni graduated from the Bocconi University of Milan in the field of economics and obtained a MBA from Colombia Business School. After obtained the MBA, he became an associate at McKinsey and Company before joining Saint Gobain in 1973. In 1985, Scaroni was appointed the CEO of Techint, which is one of Italy's biggest construction and mining conglomerates currently. After moving to England in 1996, he became the CEO of Pilkington and in 1997, he was also appointed as the President of Italian club Vincenza- his hometown club. Scaroni was the Vincenzo President till 1999. From 2002 to 2005, he served as CEO of Enel, Italy's leading electrical company and from 2005 he was CEO of Eni SpA. Since 2014 Scaroni has been a Director of multiple companies and is a Vice-President at Rothschild Investment Bank.

Paolo Scaroni is ideally positioned to share with decision makers the innovative operating strategies he has implemented during his successful career. He also demonstrates how to lead successful multinational companies to steadily increase their global market share.

Paolo Scaroni inspires audiences around the globe. He has excellent rhetoric skills at his command which also makes him a speaker in demand worldwide.

He presents in English, Italian and French and Spanish.

How to book Paolo Scaroni?