Jacques Attali is an Economist, Professor, author and contributor at Les Echos, a French financial newspaper. As President of the international foundation, Positive Planet he is supporting the actions of its entrepreneurs who are fighting against the COVID19 pandemic.

"Technology will reign supreme after the Coronavirus" Jacques Attali 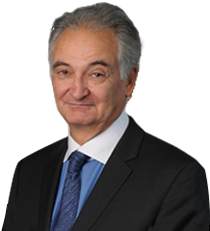 Jacques is a graduate from the Ecole Polytechnique and the Ecole Nationale d'Administration and he was the Special Adviser to French President François Mitterrand. Jaques founded 4 International Institutions: Action contre la faim, EUREKA, the Positive Planet and was the first President of the EBRD, the European Bank for Reconstruction and Development. The Positive Planet (and the other entities of the Positive Planet Institution) has been promoting the Positive Economy and supporting the creation of positive businesses in the deprived neighbourhoods of France, Africa and the Middle East. Positive Planet has supported more than 11 million micro-entrepreneurs.

Jacques believes that there will be an economic realignment, as the crisis has shown, the economy that has value is one that protects our life such as health, hygiene, clean energy and innovation. He believes that the international community is entering a "war economy" that will last for a long time, and that resources should be distributed to correspond to this new context.

A brilliant and emotive speaker, Jacques addresses a wide range of economic, political and philosophic subjects.

How to book Dr. Jacques Attali?