Heather Small is a soul singer, best known for being the lead singer in the band M People. In 1998, after M People's Best Of album, she and the band took time off to pursue solo projects. Her debut solo album was Proud in 2000. Since striking out as a solo artist she has taken on a new identity, adding jazz and soul to her repertoire.

"One of the UK's biggest and most recognizable voices" 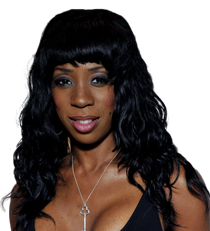 In 2005, Heather's solo single Proud became the official soundtrack for London's 2012 Olympic bid and so another album was released, the album was entitled, M People featuring Heather Small, The Ultimate Collection. It is a collection of the greatest hits of M People and of Heather's solo album. She backed up the release with performances on GMTV, Heaven & Earth, Songs of Praise and Des & Mel as well as many other TV and radio appearances in the UK. She was also a contestant in the British television show Strictly Come Dancing in 2008. She is active in supporting several charities, such as Beat Bullying, the Aiden Cox Foundation, Mencap and St Luke's Midnight Walk. She has also recently become an ambassador of Asthma UK as she suffered from asthma as a child.

Heather is a relaxed performer who is in great demand as a presenter and host at prestigious events.

Heather has a unique presence and charisma, adding prestige and glamour to any event.

How to book Heather Small?