Geir Haarde was a member of the Icelandic Parliament for 22 years and served as Prime Minister from 2006 to 2009. In January 2015, he was appointed as a new US Ambassador to Iceland. He is a former President of the Nordic Council and Vice President of the Inter-Parliamentary Council.

Named the 'greenest political leader' by Newsweek in 2008 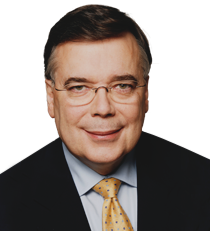 A well respected leader and an expert on Nordic Finance and Politics he received recognition world wide for his expertise in green renewable energy and sustainable energy projects. He was Chairman of the Independence Party Parliamentary Group from 1991 to 1998 and a member of the Foreign Affairs Committee from 1991 to 1998 and Chairman of the Foreign Affairs Committee from 1995 to 1998. He served as Minister of Finance from 1998 to 2005 and then as Minister for Foreign Affairs from 2005 to 2006. He was elected Chairman of the Independence Party in an uncontested election in 2005. Prior to entering the Icelandic Parliament, he was an economist at the Central Bank of Iceland from 1977 to 1983 and a political adviser to the Icelandic Minister of Finance from 1983 to 1987. Mr Haarde is the only political leader in the world who has been taken to court for not doing enough to prevent the 2008 financial crisis. He was fully exonerated by a Special Court on all substantive charges and later also vindicated by the Parliamentary Assembly of the Council of Europe.

Geir Haarde has been lauded for his leadership skills and offers audiences a unique perspective as an experienced political leader, accomplished economist and supporter of sustainable energy sources.

As a former head of state, Geir Haarde is a practiced orator and delivers frank, insightful and powerful addresses to worldwide audiences.

He presents in English, Norwegian, Danish, Swedish, French and German in addition to his native Icelandic.

How to book Geir H. Haarde?