Gail Emms MBE is an icon of British sporting success, with a string of gold, silver and bronze medals achieved in a huge array of international competitions and Olympic Games. As a former world champion and having won a silver medal at the Athens Olympic Games with mixed badminton doubles partner Nathan Robertson, Gail has now retired and can look back on a career that saw her reach the very top of her sport, taking on new and exciting projects..

"Gail is one of Britain's most successful ever badminton athletes" 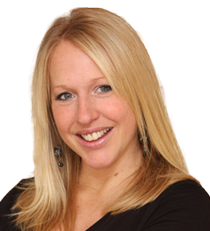 Gail's mixed doubles partnership with Nathan Robertson dominated the world of Badminton for the greater part of the 2000s. During that period the pair piled up an enviable series of global titles and accolades and became household names thanks to the scale of their success. She first represented England all the way back in 1995 and came to national prominence in 2002 at the Manchester Commonwealth Games, claiming gold in the mixed team event and bronze in the women's doubles. She retired from the sport following the 2008 Beijing Olympics.

Gail Emms is an excellent corporate speaker and ambassador. Since retiring, she has turned her attentions to sharing the hugely positive impact that sport can have on life and well-being, inspiring people to be more active and lead a healthy lifestyle.

Gail's hugely engaging personality and enthusiasm for British sport has made her very popular and she is much sought after for any event.

How to book Gail Emms MBE?