Eduardo Frei Ruiz-Tagle is a Chilean politician and civil engineer who was President of Chile from 1994 to 2000. He was also a Senator, fulfilling the role of President of the Senate from 2006 to 2008. He attempted a comeback as the candidate of the ruling Concertación coalition for the 2009 presidential election, but was narrowly defeated. 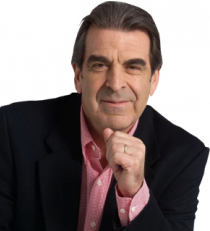 Frei took his first steps in politics while at the university, where he was a student leader. In 1958, he joined the Christian Democrat party, and in 1964 participated actively in his father's successful presidential campaign. Between 1969 and 1988 he concentrated on his profession, as one of the partners of Sigdo Koppers S.A., the largest engineering company in Chile. In 1988 Frei founded and promoted the Comité Pro Elecciones Libres ("Committee for the promotion of free elections"). In 1989, he was elected Senator for Santiago, obtaining the highest amount of votes in the whole country. In the Senate, he presided over the Treasury and Budget Commission and was a member of the Housing Commission.

As the former President of Chile, Eduardo Frei Ruiz-Tagle offers a unique perspective into the global world of international affairs and global economics. He uses his varied expertise to advise decision makers on future trends in an informative and thought provoking manner.

Eduardo Frei Ruiz-Tagle has an informative and authoritative style that is enjoyed by audiences worldwide.

How to book HE Eduardo Frei Ruiz-Tagle?