David is a former member of the UCI World Tour pro cycling peloton and one of only two British cyclists to have worn the leaders jersey in all three Grand Tours. He is also a former Olympic team captain, an author, media commentator, film maker, coach, creative designer and an entrepreneur.

"Having someone of David's calibre on board to support us in this education process is invaluable" Shane Sutton, technical director GB Cycling Team 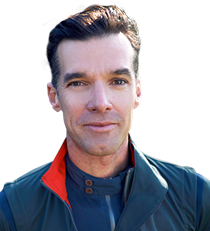 David spent 17 years at the top of the sport including a period where he was caught up in the culture of drug taking but came out the other side to compete again in 2006. He went on to become an athlete representative to the World Anti-Doping Authority and had a highly successful career before retiring in 2014. A highly popular athlete with his colleagues, fans and media, David is known for being erudite and articulate, whilst his offbeat sense of humour has won him over 150,000 followers on twitter. He is also a brand ambassador for Maserati luxury sports cars and Mr Porter.

Using his career as a backdrop David delivers inspiring content, with key take away messages tailored to the objectives of the event. He draws on his experiences both as a cyclist, Team Leader, Co-owner and Creative business leader with a wide portfolio of interests.

David is known for being a Stylish highly articulate presenter, who is candid about his career and experiences. His presentations are supported by professional video and strong images from throughout his career.

How to book David Millar?