Craig Johnston is probably best known as the former Liverpool footballer who was instrumental in designing and marketing the 'Predator' football boot, which has become the largest selling soccer boot of all time and is worn by top footballers and rugby players around the globe.

In autumn 2006 Craig can be seen on the Sky 1 TV series, The Big Idea the biggest ever UK search for inventions. 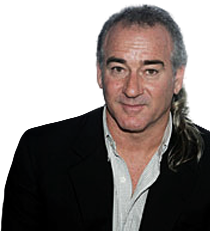 During his 7 years with Liverpool FC Craig won the European Cup in 1984, five league titles and a remarkable 13 trophies. He is also the only Australian to score in an FA Cup Final which he did for Liverpool in their 3-1 win over Everton in 1986.

In 1994 he invented and patented the hotel mini bar shelving system called 'The Butler'. A distribution deal with Granada Business technologies has seen the system and software installed in over 10,000 hotel rooms in Great Britain and Ireland. He also developed 'Supaskills', a universal skills measurement and ratings standard for multi-sport applications. The football skills and measurement controls have been developed in conjunction with FIFA. Craig was nominated as the favourite to win the Design Museum's 'Designer of the Year' prize in 2004 for the design of his latest boot, 'The Pig', which he has developed as a successor to the 'Predator'.

A remarkable man with an even more remarkable story, Craig Johnston is a highly motivating and inspiring speaker who shows audiences in his presentations that if you have the drive and the will to succeed anything is possible.

An inspirational speaker, Craig Johnston is highly sought-after by organisations eager to learn the secrets behind his drive, ambition and success.

How to book Craig Johnston?