Chris Tomlinson is the current British Indoor and Outdoor record holder in the long jump. With over 16 years of athletics experience competing in the long and triple jump as a junior with international honours, he has gone on to compete in two Olympic games, Athens 2004 and Beijing 2008. He proved his world class status in Athens by placing 5th in the Olympics and recording the largest jump in history for a Brit in a major final.

"Chris Tomlinson aims to put back into the sport of athletics, through coaching and help guide future generations" 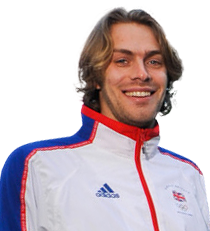 From a young age Chris Tomlinson showed great raw talent at both long and triple jumps and has won eight AAA age group titles. In 2001 Chris decided to concentrate his efforts on long jumping, a decision which was to prove excellent from the start. In what proved to be a roller coaster season, 2002 started badly for Chris when he broke both wrists in a weight-training accident in January, but he returned with a huge jump of 8.27m at Tallahassee in April 2002. In February 2008 he became the world's top long jumper of the year and competed at the 2008 Olympic Games. He attained bronze at the 2010 European Championships in Barcelona. He is a UK A level 2 Jumps coach.

Chris Tomlinson talks about the skills needed to reach the top of your game. With over 16 years of athletics experience competing in the long and triple jump as a junior with international honours, he talks on the skills that you can use in all aspects of your life that are relevant to our business and personal lives. Available for personal appearances, Chris' experience in the athletics world levels him as the perfect candidate for any guest appearances and talks.

Chris Tomlinson is a down-to-earth, laid-back personality who relaxes, inspires and motivates everyone around him.

How to book Chris Tomlinson?