Chris Hunter had 'the world's most dangerous job, in the world's most dangerous place'. As the British Army's most experienced counter-terrorist bomb disposal specialist in Iraq, he took his life in his hands on a daily basis. He was so effective at defusing the crude, unstable but deadly devices, that terrorists on both sides of the conflict put a price on his head. Since retiring from the army, Chris has worked as a counter-terrorism consultant, writer and broadcaster. 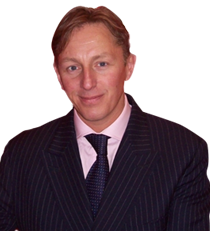 Chris Hunter was commissioned from Sandhurst and later served with a number of specialist counter terrorism units. During his career he deployed to a number of operational theatres, including The Balkans, Northern Ireland, Colombia, Afghanistan and Iraq. He finished his military career as a senior intelligence analyst at the Ministry of Defence. At the time of the London suicide bombings, he was seconded to COBRA, the Cabinet Office's emergency response committee. For Chris' actions during his Iraq tour, he was awarded the Queen's Gallantry Medal by HM Queen Elizabeth II.

Finding humour in even the most desperate situations, Chris illustrates a gruelling journey of bravery, strength, leadership and skill where every decision made during his time in Iraq could have been his last.

Chris' presentations are delivered with humour and heartfelt emotion. Audiences enjoy the lighter side of his experiences, whilst being encouraged to question their own focus, leaving them with a heightened sense of purpose and a greater understanding of how to achieve their goals.

How to book Major Chris Hunter?