Charles Van Commenee is the former Head Coach of UK Athletics and one of the most respected coaches in the world. Dubbed the "Volcano", the disciplinarian Dutchman played a fundamental part in the development of Mo Farah, Jessica Ennis and the strategy that led to 'Super Saturday' at London 2012. In England, his achievements have been honoured by being the first foreign coach to be included in the Hall of Fame for Coaches. 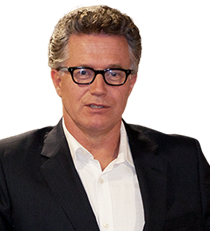 In 1994 Charles started working with British athlete Denise Lewis coaching her to gold at both the Commonwealth Games and European Championships in 1998 before taking a silver medal at the 1999 World Championships. At the 2000 Sydney Olympic Games Denise took gold to become Olympic Champion. In 2004, Charles became Performance Director of the Netherlands Olympic Committee where he was to lead them to their second-highest ever Olympic medal tally at the 2008 Beijing Olympics, Charles returned to the UK to take up the position of Performance Director in January 2009 and is seen as the catalyst for Great Britain's most successful period in the history of the sport.

Charles challenges delegates to really push themselves in order to be the best that they can possibly be. He is meticulous in the detail, planning and preparation that is required for a team to perform at the very highest level and he is now one of the world's leading experts on Performance Management. During his presentation he offers delegates simple strategies and ideas to get the best out of their people in their own environment.

The charismatic Charles van Commenee is in great demand as a speaker on a wide variety of topics.

He presents in English and Dutch.

How to book Charles van Commenee?