Olympic Gold Multi Medallist, One of the Top American Sportsmen

Carl Lewis has eight Olympic gold medals to his name. Incredibly, he was on every US Olympic team from 1980 to 1996. The Carl Lewis Foundation helps disadvantaged youths, and is just one of many charitable works that he is now involved with.

Carl Lewis is the personification of success 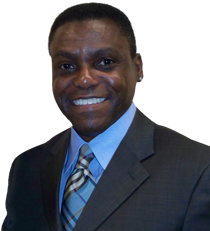 His World Championship record is equally impressive. Between 1983 and 1995 he won eight Olympic Gold medals, one Silver and one Bronze. Voted track and field athlete of the decade in the 1980s, he dominated the sprints and long jump. He has appeared in numerous films and TV productions. Among them, he played himself in cameos in Perfect Strangers and Speed Zone!, and was also seen in Material Girls. In 2009, he was nominated a Goodwill Ambassador for the United Nations Food and Agriculture Organization. In 2011, he filed petitions to run as a Democrat for New Jersey State Senate, US.

In his speeches, Carl Lewis, having lived his life saying "I Can Do That," shows audiences how they too "Can Do That". How to achieve and sustain success are the two main threads of his message and it is a message that he has realised time and again.

Articulate, inspiring and powerful, he draws you into his winning spirit.

How to book Carl Lewis?