Politician and Businessman, Expert on Russian and East European Economies

Andrei Kozyrev was the foreign minister of the Russian Federation between 1990-1996, and member of the Duma (Russian Parliament) till 2000. In 1998 he accepted an appointment to the board of Directors of the US Company, ICN Pharmaceuticals and since is a member of the board of a number of Russian and international companies. He is a professor at the Moscow Institute of International Relations.

"A skilled politician and business advisor" 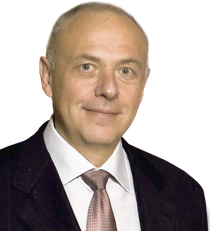 Andrei was educated at the Moscow State Institute of International Relations and has PHD history. He received an Honorary degree from Columbia University in 1996. In 1968 he became a member of staff of the former U.S.S.R. Ministry of Foreign Affairs where he held various posts including Head of the Department of International Organisations and rank of ambassador by 1990. His outstanding diplomatic career is enriched by vast business experience.

Take a privileged look into Russian policies, and hear his views on the economic implications, and potential impact on the world of business. Andrei Kozyrev is the author of numerous books and articles, television and radio commentaries and interviews, on domestic and international, political, economic and business issues.

Eloquent and an expert on Russian and East European topics, his presentations are glorious and he is often called back to present again.

He presents in Russian and English.

How to book Andrei Kozyrev?