Alan Johnson served as Home Secretary (2009 - 2010) and previously filled a wide variety of cabinet positions in both the Blair and Brown governments, including Health Secretary and Education Secretary. Until January 2011 he was Shadow Chancellor of the Exchequer.

"Alan Johnson became the youngest General Secretary in the history of the UCW when he was elected in 1992." 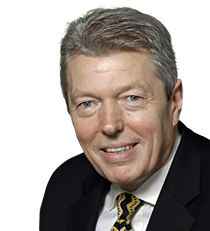 Alan Johnson left school at 15 and joined the Labour Party in 1971. A full-time union official from 1987, he became General Secretary of the newly formed Communication Workers Union in 1992 following a series of union mergers. He was also a Director of Unity Trust Bank plc and a member of Ruskin College Oxford Governing Council. Following the 2001 General Election, he was promoted to being the Minister of State for Employment Relations and Regions, at the DTI, Industry was added to his portfolio in 2002. In 2004 he was asked by the Prime Minister to sit on the cabinet taking on the role of Secretary of State for Work and Pensions. 2006's reshuffle brought about another promotion as the Secretary of State for Education and Skills. When Gordon Brown decided upon his new cabinet he entrusted the Department of Health to Alan. He has been the Member of Parliament for Hull West and Hessle since 1997.

Alan Johnson is a courageous speaker, unafraid to provide sometimes controversial views. A committed moderniser, he has been regarded as an ideal go-between to manage the government's links with the unions. It would be hard to think of a more relevant speaker for the current economic and political climate.

An eloquent commentator and an informative and to the point speaker, Alan Johnson is an excellent communicator, with vast media experience, with the ability to give insights into a wide range of current issues. He openly talks about the good times and the bad and inspires audiences with his presentations.

How to book The Rt. Hon. Alan Johnson MP?