Ulrich Walter is a professor for astronautics at the Technical University at Munich, Germany where since 2003 he has headed the Institute of Astronautics, teaching and researching in the field of space robotic and exploration technology. 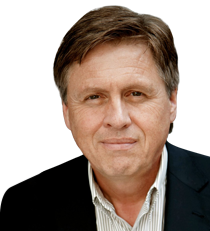 After his studies of physics at the University of Cologne, Dr Walter spent one year at the US research laboratory Argonne National Laboratories in Chicago, then he went to the University of California, Berkeley. In 1987 he was appointed member of the German team of astronauts and until the start of the Shuttle Mission STS-55 in 1993, he was trained at the German Aerospace Center DLR as well as at the NASA Space Center in Houston. In 1994 he became leader of the major project "German Satellite Data Archive" of the German Remote Data Sensing Center of the DLR. In 1998 he went to the IBM Development Laboratory in Böblingen as a program manager in charge of development and consulting for IBM software products as project leader and lead consultant. He is President of the Hermann-Oberth-Museum in Feucht, member of the Scientific Advisory Board of the Deutsches Museum, Munich, and member of the Board of Trustees of the Science and Technology Center, Freiburg.

Ulrich Walter's main focus is on real-time telerobotics in space, inter-satellite communication technologies, technologies for planetary exploration, and system modelling and optimisation. In addition to talking knowledgeably about new technologies and space flight, Dr Walter offers audiences deep insight into the physical and mental preparation and the self motivation required to become an astronaut.

Dr Walter inspires audiences with his highly engaging presentations lavishly illustrated with photos from his voyage into space.

How to book Ulrich Walter?