Dr. Steve Bull is a chartered psychologist, speaker, author and "high performance consultant". During his 30 year career he has coached CEOs, Olympic Gold Medallists, NATO officers, professional actors and university academics. He has served as the Great Britain Team Headquarters Psychologist at 3 Olympic Games, a role which involved working across all sports with athletes, coaches and team managers. He also worked with the England Cricket Team for 17 years, during which time he fulfilled the roles of team psychologist, leadership coach and change management consultant.

"An internationally recognized expert in performing psychology at work" 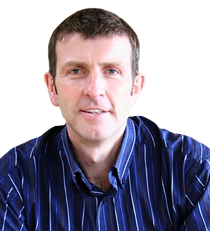 Steve has worked in the corporate world as a coaching psychologist since the late 1990s and has consulted with a wide range of companies in Europe, the USA and the Middle East. He has also provided numerous expert interviews on national TV and radio, including BBC, ITV, Channel 4, Channel 5 and SKY news broadcasts.Steve earned a PhD in Applied Psychology in 1990, in 2006 was awarded an Honorary Doctorate for "outstanding work as a sport psychologist at national and international levels" and in 2012 was awarded Associate Fellow status in the British Psychological Society.

Steve's vast experience of working with elite teams in sport is a key element in how he helps develop leadership teams in the business environment. He focuses on high performance culture and change, showing how to help others create a mind-set that enables any organisation to thrive under high pressure.

His experiences of working at the sharp end of elite sport have provided him with a wealth of fascinating and entertaining stories which inform his current work in business coaching. Audiences are consistently impressed by his ability to deliver in an entertaining style combined with material of real substance.

How to book Dr Steve Bull?