Steve Backley is Britain's most successful Javelin thrower - ever! He was a firm fixture in the British national athletics team for over fifteen years and is the only British track and field competitor to win medals at three different Olympic Games. 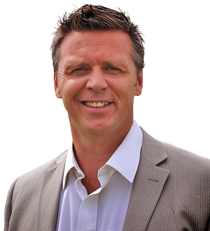 Retirement from Athletics has not meant a break with the sport that he loves and Steve has now taken on a key role with BBC Radio 5Live and their athletics commentary, covering the 2008 Olympics out in Beijing for them. Steve also has an integral part in the UK Athletics organisation and he has now been signed up by UK Athletics Performance Director, to take on a high-profile role as a UKA mentor, working in a support role with senior athletes. He was awarded the MBE in the 1995 New Year's Honours list and then an OBE in 2003. After 7 Gold medals, 3 world records, two Olympic silver medals and one bronze, Steve Backley finally hung up his javelin at the 2004 Olympic Games in Athens, showing he is still one of the world's best by placing 4th in the final.

He links his theories with his own sporting achievements adding humorous anecdotal tales and behind the scenes snippets. His diverse work involves public speaking, mentoring and media appearances.

Steve is down-to-earth and an immediately warm and engaging character with good humour and a strong message. His approach is to the point and easy to relate to and he has a clear and eloquent manner of explanation. He is an intelligent and direct presenter, with a calm and friendly style. His effervescent enthusiasm and popularity has impacted positively on company presentations, project awards and hospitality events.

How to book Steve Backley OBE?