Shaun Williamson is a versatile and accomplished stand-up comedian, singer, television and stage/screen actor, presenter, entertainer, cabaret performer and after dinner speaker. He is best known for his portrayal of Barry Evans in EastEnders. However, his range of talents is far more diverse. His first love is singing and you may have seen him win ITV's Celebrity Stars in Their Eyes. He continues to act both in comedy and serious drama in film, TV & stage. He regularly appears in cabaret and a Soul Band.

"Shaun is a skilled and versatile all-rounder" 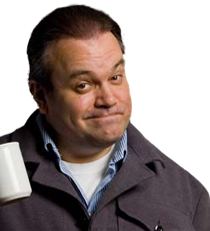 He stared as DJ Monty in the West End Saturday Night Fever, a role he revived on a nationwide tour. In 2006 he appeared in Ricky Gervais Extras series 1&2. He starred in the play Road to Nirvana in London and as the Narrator in The Rocky Horror Show. He has appeared on Bremner, Bird and Fortune and The Secret Policeman's Ball at the Royal Albert Hall and in the film Daylight Robbery. He took part in Fame Academy for Comic Relief and starred as Fagin in Oliver and embarked on a short tour of Guys and Dolls before it went onto the West End in the role of Nathan Detroit.

Shaun demonstrates his ability to empathise with his audience throughout his after-dinner routine. In addition to making people laugh, Shaun also includes some of the organisation's terminology to show he had thoroughly researched his audience.

Shaun is a man of many talents - adept at performing, acting and singing. Shaun uses a light-hearted approach which makes him an excellent choice of entertainer at any event.

How to book Shaun Williamson?