Former Captain of the New Zealand All Blacks

With 347 first class games and 92 Test matches, Sean Fitzpatrick has cemented his place amongst the greatest of New Zealand's All Black Legends. He is renowned as a tough and uncompromising hooker and competitor.

His leadership both on and off the field has helped the All Blacks dominate a substantial period of recent rugby history. 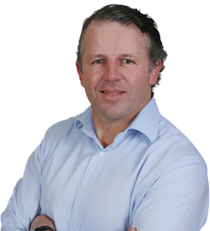 Sean Fitzpatrick has made a great contribution to New Zealand and the world of rugby. His impressive record includes 51 tests as All Black Captain, and 63 consecutive test matches. Sean made his international debut in 1986 and he continued on to play a world record 63 consecutive test matches. He was appointed Captain in 1992 and went on to have a stunning career in first class rugby. As well as continuing his professional rugby career as a consultant to the NZ RFU Sean is also a Promotions Manager for Coca-Cola. He was awarded the New Zealand Order of Merit by the Governor General in 1997. In March 1999 Sean was appointed as 'Rugby Consultant' to the NZRFU responsible for player development and liaison.

Sean draws upon his experiences as a winning team captain to offer audiences his expertise as a leader and motivator. He draws parallels between the game of rugby and how to use the lessons learned on the field in both a business and personal environment.

An accomplished speaker with extensive media experience Sean is a colourful and emotive presenter who knows exactly how to get the best out of the listener. His well-received presentations are amusing, captivating and stimulating.

How to book Sean Fitzpatrick?