Sally Magnusson is an award-winning journalist, broadcaster and writer, who as well as Songs of Praise has presented a range of programmes for the BBC, including news, current affairs and politics. She currently is the presenter of Reporting Scotland.

"The face of BBC Scotland News" 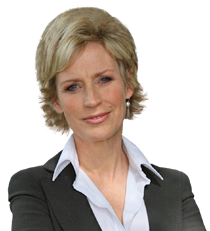 Sally was born in Glasgow, studied English at Edinburgh University and began her journalistic career as a journalist on The Scotsman. She joined BBC Scotland to present current affairs programmes and went on to present Sixty Minutes, the BBC's successor to Nationwide, for network television. As a reporter she has covered the General Elections in 1997, 2001 and 2005, the funeral of Princess Diana and the opening of the new Scottish Parliament. She has won two Royal Television Society awards and a Scottish BAFTA, and in 2007 the Institute of Contemporary Scotland awarded her a place in the Scottish Academy of Merit for services to the media. Away from the news Sally has presented Woman's Hour and Night Waves, and is the author of several books.

As a speaker Sally specialises in delivering hilarious talks about juggling her life as a busy broadcaster and mother of five. She is highly experienced as a conference chair and talks knowledgeably on subjects as diverse as banking, energy and science.

Highly professional and well used to the pressures of live television, Sally is an excellent host and speaker relaxed, eloquent and always well prepared.

How to book Sally Magnusson?