Leading Authority on the World Economy and Financial Markets

One of the City of London's best-known and most respected economists, Roger Bootle is the founder of the influential consultancy Capital Economics. He is renown for his prediction and diagnosis of some of the most significant financial events of recent times.

"One of Europe's most respected economists" 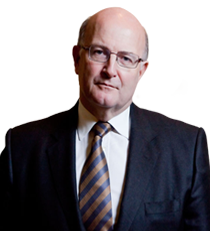 Roger is a former HSBC Chief Economist and winner of the Wolfson Prize for his and his team's study on how a country would leave the Euro. In The Comment Awards 2012, he was named Economics Commentator of the year and regularly appears on TV and Radio and is a columnist for the Telegraph. Roger has written many articles and several books on monetary economics. After lecturing at Oxford, Roger became a dealer at Citibank, one of the few economists to gain direct trading experience. He then switched to the role of Group Chief Economist at HSBC and Lloyds Merchant Bank, before establishing his own consultancy and becoming a senior advisor to the House of Commons Treasury Committee.

Roger Bootle's expertise on World and European economics is a valuable source of information for decision makers around the globe. He has a reputation for originality, forthrightness and insight which few can match. Business leaders will benefit from his astute insights and analytical brilliance of the economic landscape.

Roger uses his wealth of experience to give audiences valuable insights into the current state of global economics. He is witty, incisive and to the point making him highly sought-after as a keynote and conference speaker.

How to book Roger Bootle?