Rodney Brooks, the former director of MIT's Computer Science and AI LAB, came to fame when he successfully founded iRobot. He has now cofounded Robust.AI, a robotics start-up which aims to build the world's first industrial-grade cognitive platform for robots.

"One of the leading pioneers in robotics technology" 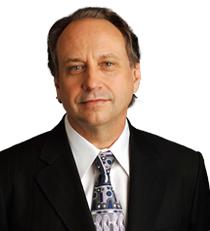 Rodney received a Ph.D. in Computer Science from Stanford. In 1984 he joined MIT and completed his service as a Professor of Robotics. In 1990, he co-founded iRobot where he served as CTO, Chairman and board member until 2011. From 1997 to 2007, he was also the founding Director of MIT's Computer Science and Artificial Intelligence Laboratory. Rodney left MIT in 2008 to found a new company, Rethink Robotics, whose mission was to apply advanced robotic intelligence to manufacturing and physical labour. Until 2018 he was the company's Chairman and Chief Technical Officer. For his work in robotics and AI, he has received several awards including the IEEE Robotics and Automation Award in 2015.

Rodney's keynotes reflect extensive knowledge in automation. He shares his valuable insights on the most innovative robotics projects as well as how artificial intelligence is likely to change the world. Rodney's compelling facts and data are essential for businesses trying to succeed in this extraordinary tech world of today.

Rodney Brook knows exactly how to captivate his audiences with his down-to-earth style and plenty of humour in his highly impactful presentations.

How to book Rodney Brooks?