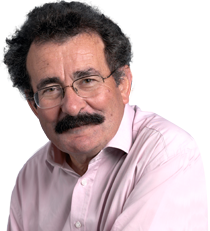 Lord Winston runs a gene transplant research programme in the Institute of Reproductive and Developmental Biology, where the team have achieved significant advances, particularly in endocrinology, IVF and genetics. A seasoned and popular television presenter, Lord Winston wrote and presented Superhuman, The Secret Life of Twins, Child of Our Time and the BAFTA Award winning The Human Body. He presented five series of Your Life in Their Hands for the BBC. In addition to his science-based programmes, Lord Winston displayed his musical abilities in Play It Again, where he learned to play a saxophone, from scratch, in five months.

Lord Winston explains how the human mind is expanding exponentially and advocates greater trust in scientists, in everything from food scares to climate prediction. As an after dinner speaker, he is thought provoking and engaging covering his career, his views and his wide interests with a terrific sense of humour.

Well known today to audiences throughout the world for his several BBC television series and the winner of numerous awards, Robert Winston possesses a great capacity for communicating often-complex science to a wide public audience.

How to book Prof. Lord Winston?