Richard West has held senior commercial positions in Formula 1 with McLaren and Williams. For the past 12 years he has worked as a professional international keynote speaker for many of the world's leading companies specialising in the subjects of Teamwork, Leadership and Change. 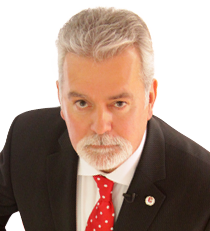 Richard West has worked in the motorsport industry since 1979, following qualifying as an automotive mechanic. In the early 80's he undertook public relations work for Ford and Datsun in the World Rally Championship. In the ultra-competitive world of Formula 1 motor racing, he worked for the McLaren, Arrows and Williams Teams in senior commercial roles. He also held the role of main board Director of the TWR Jaguar Team, winners of the classic Le Mans and Daytona 24 hour races and latterly he was the overall Administrator of the British Touring Car Championship. He has worked closely with racing greats such as Niki Lauda, Alain Prost, Ayrton Senna and Michael Schumacher and in his career he has raised in excess of one hundred and sixty million dollars worth of sponsorship.

A lifetime spent in the pursuit of excellence and high performance in motor sport and business has moulded Richard into a globally recognised professional speaker, event host and conference facilitator. He offers worldwide audiences not only a compelling metaphor, but also an insightful set of guidelines for how to achieve, and more importantly, sustain business performance over time.

In speeches and workshops, Richard West speaks with knowledge, passion and enthusiasm, letting us into the world of F1. He nails the key messages and entertains, informs and rejuvenates.

How to book Richard West?