Professor Ricardo Lopez Murphy is probably best known as a former consultant with the World Bank and International Monetary Fund whose vision and foresight as Argentina's Finance Minister found support from a large section of the International Business community. 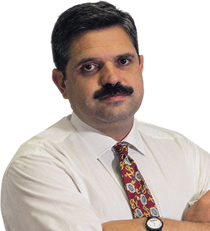 With a long history of experience in the financial world Professor Murphy began his prestigious career at the Ministry of Economics in 1983 before becoming chief advisor for the Central Bank of Argentina and shortly thereafter advisor to the Central Bank of Uruguay. In 1991 he became a consultant with the IMF, UNDP and the World Bank. During his political career he was Minister of Defence and briefly Minister of Economy for the Federal Government of Argentina. He was a founding member and Senior Economist at the Latin American Economic Research Foundation. He continues his work there as a visiting research fellow.

Ricardo's expertise on the Latin American economic horizon is invaluable for anybody looking to do business in Latin America. Strategic decision makers in all fields will benefit from his knowledge of the global economy and his informative political insight.

An informative and educational speaker, Ricardo's presentations are highly informative and always well received. His honesty and sincerity bring a wealth of knowledge to his audiences; he is now highly sought after as a speaker and expert on Latin American economics.

How to book Ricardo López Murphy?