Rahul Bose is an Indian actor, screenwriter, director, social activist and rugby union player. He has appeared in Hindi films such as Pyaar Ke Side Effects and Jhankaar Beats. Time magazine named him "the superstar of Indian art house cinema" for his work in parallel cinema films like English, August and Mr. and Mrs. Iyer. He is also notable for his social activism and is the founder of the non-profit organization, The Foundation, an NGO dedicated to the removal of discrimination from all walks of life.

"One of India's most respected actors" 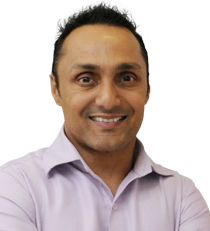 Rahul has also served as Ambassador for Oxfam and Planet Alert for climate change, as well as on the board of Citizens for Justice and Peace and Breakthrough. His international profile as a social activist really gained recognition when he was one of twelve international thinkers, politicians, economists and social activists to inaugurate the 'In My Name' initiative against global poverty in 2008. He launched the India initiative on climate change in 2009. This initiative focused on government policy at the highest level along with advocacy of the same with international bodies.

Raul's motivational speeches on leadership, life choices, personal success and public commitment have been shared with employees of notable corporate like Hewlitt-Packard, WNS-GS, The Taj Group of Hotels and HSBC Bank to name a few. He shares with his audience the importance of our voices in the fight against climate change.

Rahul Bose is an acclaimed speaker who delivers his talks across the world. His lectures and workshops are always well received.

How to book Rahul Bose?