One of the World's Most Capped International Rugby Players

Philippe Sella holds a unique place in the history of rugby union as one of the world's most capped international players. During his 13-year international career, he won 111 caps for France, and when he retired from international rugby in 1995 he was the world's most capped player. Following his retirement Philippe set up his own marketing and communications company, and is also a television pundit for French channel Canal+, regularly appears on BBC and Sky Sports.

"One of the Greatest French Rugby Players ever" 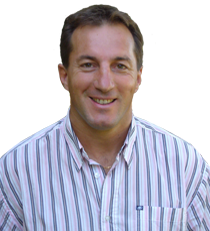 Philippe made his international debut on the wing for France in 1982 against Romania, but after his first few games he moved to centre and quickly became a regular on the French team and soon established himself as one of rugby's greats. He competed in three Rugby World Cups, including the inaugural Rugby World Cup 1987 where France was defeated in the final by the All-Blacks. It was at the Rugby World Cup 1995 in South Africa that Philippe won his final cap for France.

As an icon of French rugby as France's most capped player and the third-highest try scorer in France's history with 30 tries, Philippe Sella offers insights into a variety of aspects of the current rugby world.

Philippe Sella's talks are filled with hilarious anecdotes from his playing career. Drawing from his experiences as a regular television presenter he delivers a truly unforgettable experience, delighting audiences throughout the world with his charisma, charm and humour.

Philippe presents in French and English.

How to book Philippe Sella?