Peter Jay is best known as the former Economics Editor at the BBC, a position which put his finger firmly on the pulse of current economic markets and the volatile political factors affecting the world's businesses.

Peter uses his considerable knowledge of the global and European economic landscape to provide essential information and insights to enable decision makers to plan strategically and gain the all important competitive advantage.

Educated at Oxford and a veteran of the Royal Navy, Peter served for six years in the British Treasury Department before joining the Times as Economics Editor. After a decade at the paper, he was appointed UK Ambassador to the United States.

At the Treasury Department Peter gained useful insight into the political and economical decision making processes of the UK Government, and he gained further insight in to the US political processes during his short but successful tenure as UK Ambassador to the US.

Peter's book the 'Wealth of Man' is an insightful, stirring account of man's pursuit of wealth from caveman to cyberspace and spans the entire globe. It has received recognition as a masterpiece of historical, economic, scientific and cultural synthesis, the sort of re-reading of history that makes a reader's eyes pop open with wonder and delight.

Peter brings depth and perception to his entertaining presentations. He is an excellent communicator and a true professional. Since the release of his book he has been a frequent speaker at summits and conferences around the globe. 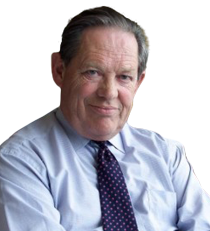 How to book Peter Jay